The prices are per car and include all fees: highway toll, parking fees, Meet & Greet services, all taxes and VAT. Prices are valid for one way.

Budapest Port is the gateway of cruise ship passengers to Hungary. It is considered a major cruise port of the country and an important contributor to Hungary’s tourism industry. Budapest is a large city with a population of 1.7 million and has the biggest Jewish community in the whole of Europe. The port is situated has recently been declared a UNESCO World Heritage Site.

What is the Port’s Address? Budapest, Hungary VIKING Port Terminal: A, V1. Map: 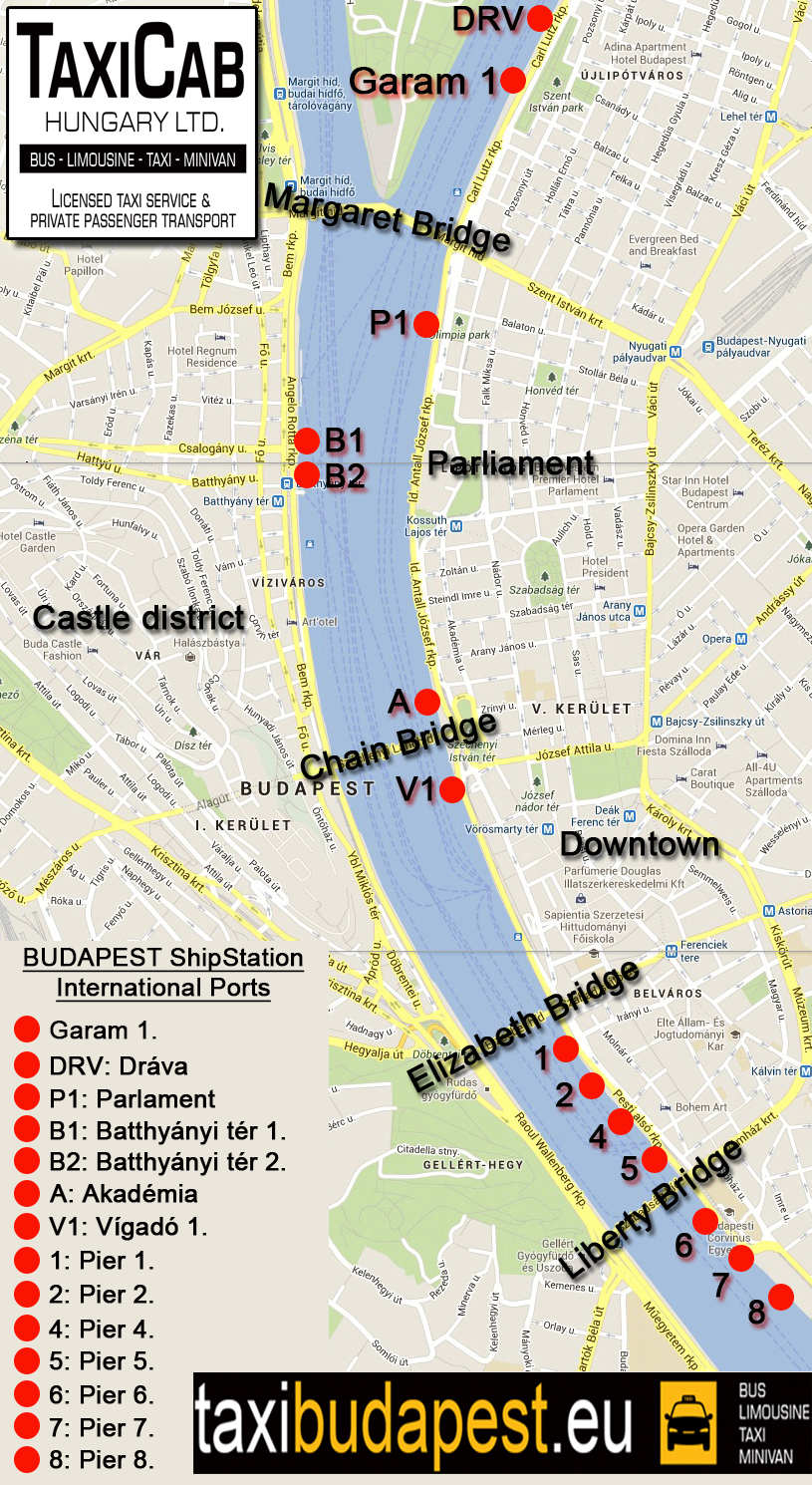 What is the Port’s Telephone Number?