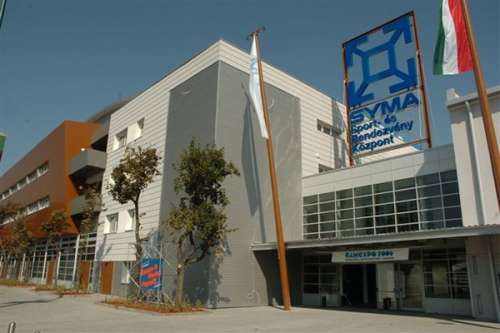 Syma Sport and Event Center Budapest is currently made up of three separate halls, A, B and C, offering a total of more than 29000 square meters of floor space. Internet access is available throughout the buildings and there are 62 video cameras in the halls for monitoring purposes. The entire complex is heatable and equipped with an air conditioning system, as well as supplied with the latest fire prevention equipment (sprinklers). There are parking places for almost 1000 cars available close to the building complex. For more than 5 years, the Event Centre is Hungary's most modern and market leader event location, with more than 120 events yearly. Not only the good accessibility and the free of charge parking spaces, but the column free and sectioned interior design, the numerous conference rooms, furthermore the local catering services all contribute to the professional recognition and popularity of the Event Centre. 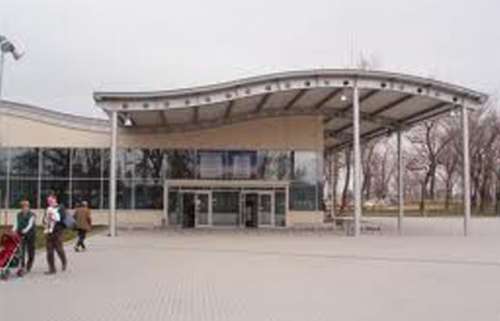 Hungexpo C. Co. Ltd. is Hungary's recognised top exhibition organising company. With 40 years experience, it has been the leading actor of the domestic market since 1967. After a long period, the privatization procedure of Hungexpo has finished in July of 2005. The winner of the privatization bid was the consortium leaded by the french GL events group. The new owner's business plan provided for an investment program of €20 million. The development has begun in April 2007 when the foundation-stone of new, multifuncional G pavilion was layed. It was inaugurated in October of 2008 when surrounding grounds improvements were also finished. 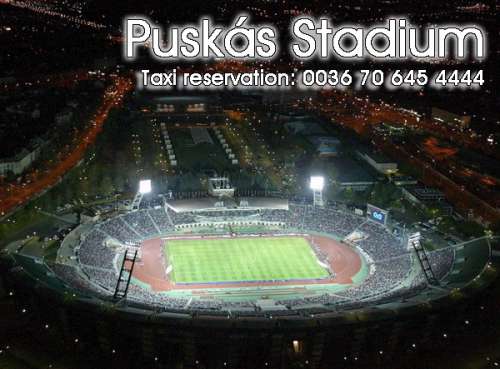 The home stadium of the Hungarian national side is the Ferenc Puskás Stadium. Ferenc Puskás Stadium is a multi-purpose stadium in Budapest. The stadium is named after Ferenc Puskás, widely regarded as the best striker in the world in his time and Hungary's greatest footballer ever, who was the star of the national team during its glory years of the late 1940s and early 1950s. In 2002 the stadium was renamed in his honour, from Népstadion ("People's Stadium"). Address: H- 1146 Budapest, Istvánmezei út

combination of the colours represent the Hungarian flag. However, the team sometimes wears all white kit even at home. The coat of arms are worn on the left side of the shirt, where the human heart can be found. When the Hungarian players listen to the national anthem of Hungary, Himnusz, they put their arms on to their chest. The national anthem is considered beautiful by Hungarians but many football fans criticize it because of its melancholy which can have an effect on the players. The actual coat of arms could have always been found on the shirt of the national team in contrast with many other national teams which wear the logo of the football federation. Adidas has been the main designer of the Hungary kits. 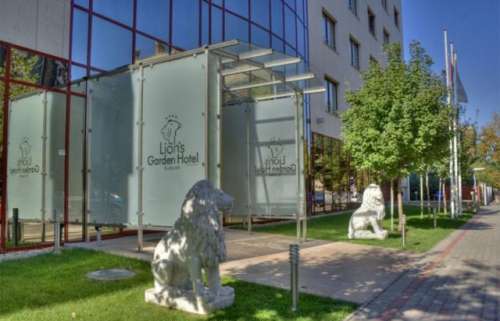 Lion's Garden Hotel at the perimeter of Budapest's busy downtown, located in the middle of the diplomatic quarter. Puskás Ferenc Stadium, a home to the most significant sporting and other events, Papp László Sports Arena and SYMA Conference and Event Center are also within walking distance. 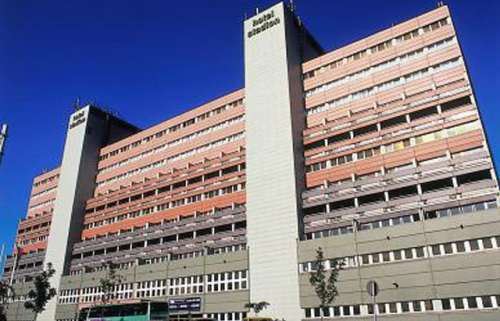 Leading conference hotel on the Pest side of the Danube. Located in the conference district in Pest, close to Budapest’s largest sports and events centre and the international fair centre (HUNGEXPO). Fully-renovated hotel that offers new products and services while also providing the reassuring expertise that comes with many years of experience. 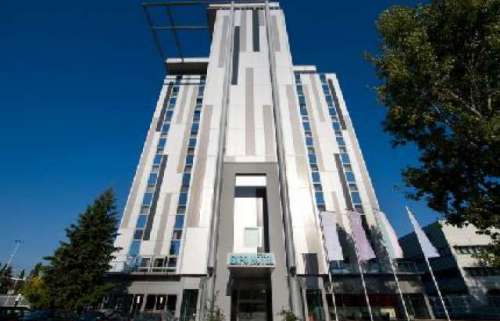 Expo Congress Hotel Budapest is easily accessible from the main points of Budapest by public transport or by car. The Budapest Fair Centre is located at the foot of the hotel, so Expo Congress Hotel is the ideal four star accommodation for anyone visiting the Fairs.