A long, wide boulevard from Városliget to the city centre, Andrássy út is Budapest’s most exclusive address. It is lined with fine restaurants, theatres and shops, as well as the State Opera and Dreschsler Palace.

• is connecting the city center with the City Park


The 1st section is the diplomatic area

• with beautiful old mansions with gardens and service road
• it is from Heroes ' Square to Kodály Körönd
• here you can find the building of the Embassy of Russia
• under the road the old underground is running
It was the first underground opened in the European Continent
(in 1896, the 1000 years anniversary of the Hungarian Conquest).
ln 1896 the first passenger used to be the emperor, Franz Joseph.
• Kodály square it was named after Zoltán Kodály, who was a famous Hungarian composer and music teacher
• he collected folk songs with Béla Bartók together
• he introduced a new teaching method in basic of folk songs 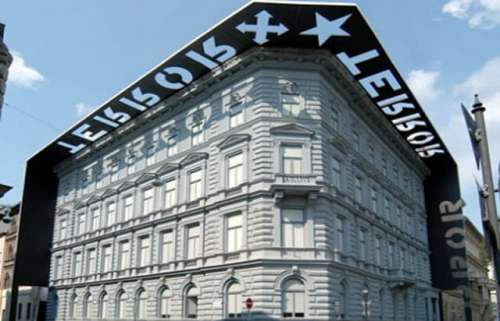 The 2 section is the residential area

• used to be a very rich area
• to the left is the headquarter of the Hungarian Railway Company
• the Budapest Puppet Theatre is in the basement of the building
• Terror House:

At No. 60 lies the former headquarters of the ÁVO, the Hungarian Communist secret police who used the building from 1945 to 1956. Today, it is a museum known as the House of Terror that depicts the horrors of the Nazi and Soviet regimes.

The 3rd section is the commercial area

• there are many shops and restaurants
• on Jókai square there’s a bronze statue of Mór Jókai, the popular Romantic novelist
• on the other side stands a statue of Endre Ady, one of the greatest figures in modern Hungarian poetry
• to the left you'll see a large department store, the first opened in Budapest

It was originally built for the Theresa Town Casino, 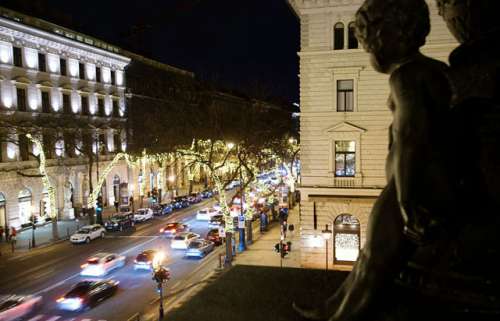 one of the many gentlemen's clubs of 19th century Budapest. Its present dates from 1912 made for the Grand Parisienne Department Store. The main hall from the club with its rich frescoes by Károly Lotz, survived and this unusual sight as part of a modern shop can be seen at the top of the staircase inside.

Located in the exclusive Embassy neighborhood, just off Budapest‘s Andrássy Avenue, the hotel was originally built in 1937 and reached its boasting contemporary interior design after several complete refurbishment programs.